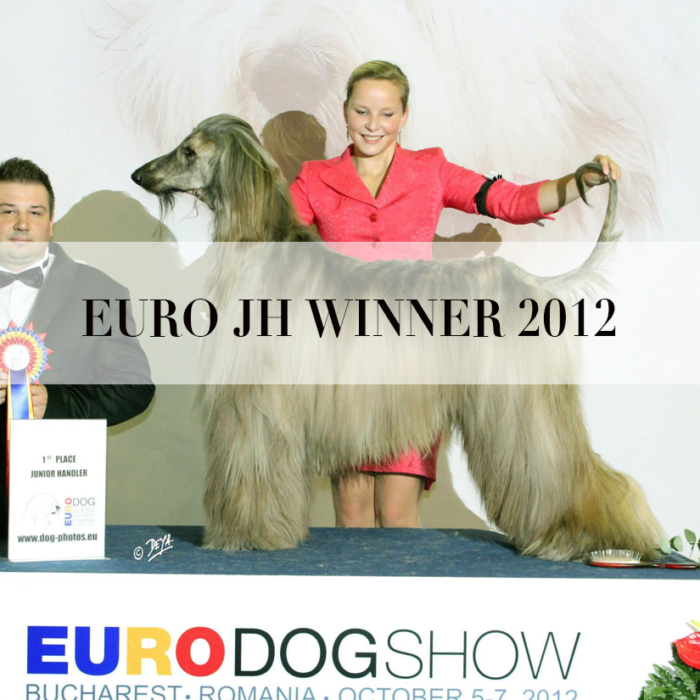 When I turned 9 years old in 2004 I started Junior handling competition. First time ever I exhibited on the biggest Czech international dog show of those times in Brno, under Mr Tomáš Kučera with my beloved ICh.EW. Barbara Bush Kni-York. Mr judge likes the way how I was presenting my dog and put me on the first place in a huge competition. This was the start of my 8 years long Junior Handling career. I’ve got experiences with a huge diversity of handled breeds, there I fell in love with Afghan Hounds when I had the honour to compete with very strong afghan character – Ch.Jessica Gandamak and we won it under well-known judge Mr.Robert Kanás,SK (in Trenčín 2007,SK).  I guess I was, and still, I´m, the most winning Czech junior handler of all times. In nine years long junior handling career I won 175 times FIRST place in JH in 14 countries.